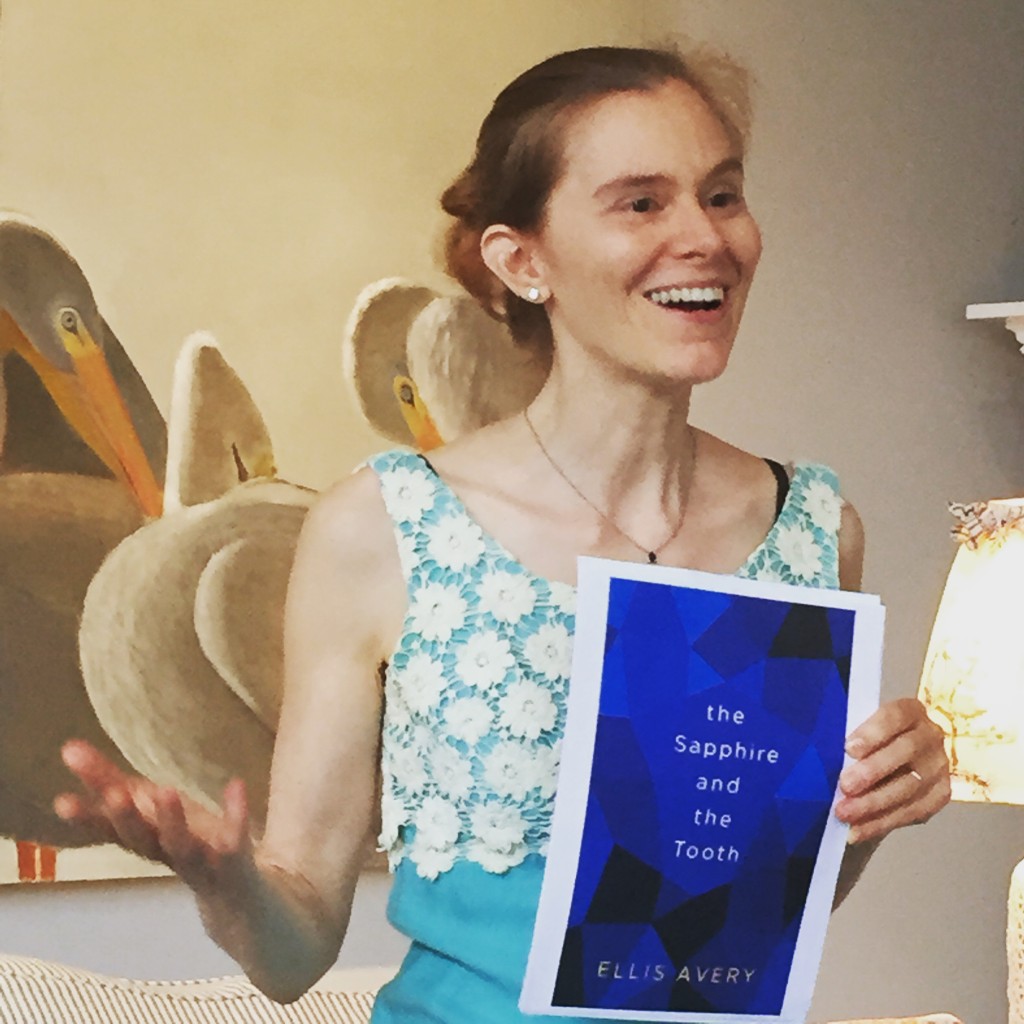 This is the first of possibly a series of posts on teaching creative writing and the election. I’ve been thinking about how the classroom feels like the most productive space right now and wondering whether it’s because the classroom, the workshop, is a place where discourse still seems effective, desired, and open. Rather than a bubble ignorant of the rest of America, the classroom provides a space for America to be what it says it is: a place for freedom of expression, listening, and progress.
– Matthew Salesses

This first post comes from Ellis Avery and is the speech she delivered to her students after the election. As always, if you are interested in contributing, email me at m [dot] salesses [at gmail etc].

The only writer ever to have received the American Library Association Stonewall Award for Fiction twice, Ellis Avery is the author of two novels, a memoir, and a book of poetry. Her novels, THE LAST NUDE (Riverhead 2012) and THE TEAHOUSE FIRE (Riverhead 2006) have also received Lambda, Ohioana, and Golden Crown awards, and her work has been translated into six languages. She teaches fiction writing at Columbia University.

Ellis Avery to her CW students:

Although I have more aspects of the fiction-writing craft to cover in the coming weeks, today I want to step back a little and speak for a few minutes about what I’m trying to do here.

When I was eight years old in Columbus Ohio, I went to an all-girls’ school. In the weeks leading up to the Reagan-Carter presidential race, four years before Walter Mondale tapped Geraldine Ferraro as his running mate, we were asked to write an in-class assignment using the prompt, “If I were First Lady, I would…”

And I wrote that I would encourage the imaginations of the people of America. This was my one-plank platform. And here I am today, living the dream, sitting in front of a fiction-writing classroom. I am, in fact, trying to encourage your imaginations.

I believe I’m here to teach you seven things.

First of all, accuracy. When I ask you to write your daily assignments, I’m asking for freshness, specificity, and vividness, that is, writing that takes us out of what Buddhists call “the underdream” of self-important plans and opinions and regrets and fantasies and into the startling reality that presents itself to our senses. I’m asking for what Emily Barton calls “fidelity to the given world” instead of our own clichés and preconceptions.

Second, empathy. Let’s say that a rough and ready way of thinking about the categorical imperative is that the best form of social arrangement is the one in which the people in the most vulnerable positions suffer least. In that case, imagining the lives and suffering of individuals in those most vulnerable positions is central to our ability to evaluate the different arrangements available to us and determine which one to pursue. The reading and writing of fiction offers the royal road to empathy because it allows us to imagine the lives of others as freshly and vividly and specifically as—if the fiction is good enough—we experience our own lives.

Third and fourth, in the plot-making you do, and in the plot-making you discuss in your fellow students’ work, I’m pushing you all the time to think about causality and complexity. Why do people do what they do? What do they want, both the rational things they’re aware of and the psychological ones they aren’t? In Lives of Girls and Women, by Alice Munro, why does the protagonist sabotage her one shot at getting out of her small town by fucking around the night before the big state exam? Why do people do what they do, and how do they change?

Penultimately, what we practice week after week in this class, is constructive, and even collaborative, criticism. We respectfully tell each other where our work is falling short of what it could be. We try to improve the work without attacking it or its author. We back up what we’re saying with evidence and examples. Instead of trying to remake the story into our image of what it should be, we use the empathy we’re developing as fiction writers to try enter into one another’s working minds and try to imagine, to co-imagine, how the story we’re reading could be its best and truest self.

And lastly, I am trying to teach imaginative courage, the boldness it takes to bring something new into the world. Now I understand that my teachers were blinkered by their sense of what was possible when they gave us an assignment that began “If I were First Lady…” instead of one, say, that began “If I were President…”

When you write things I’ve never read before, things I’ve never even imagined, you make my mind a little bit larger. And in so doing, you make the world a little bit larger. And that is the world where I want to live, one whose possibilities have been enlarged through the exercise of the imagination, through an awareness of causality and complexity, and through the practices of constructive critique, empathy, honesty, and courage. Thank you for everything you do in this class.

All right, I just talked, for perhaps too long, about what I’m trying to do by teaching a fiction-writing class. I’d like you to write for five minutes about what you’re trying to learn by taking one.