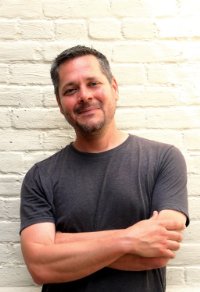 This is the second in a series of posts on teaching creative writing and the election. I’ve been thinking about how the classroom feels like the most productive space right now and wondering whether it’s because the classroom, the workshop, is a place where discourse still seems effective, desired, and open. Rather than a bubble ignorant of the rest of America, the classroom provides a space for America to be what it says it is: a place for freedom of expression, listening, and progress.
– Matthew Salesses

This second post comes from David J. Daniels and is the speech he delivered to his students after the election. As always, if you are interested in contributing, email me at m [dot] salesses [at gmail etc].

David J. Daniels is the author of Clean (Four Way Books, 2014) winner of the Four Way Books Intro Prize and finalist for the Kate Tufts Discovery Award and the 2015 Lambda Literary Award. He is also the author of two chapbooks, Breakfast in the Suburbs (Seven Kitchens Press, 2012) and Indecency (Seven Kitchens Press, 2013), selected by Elena Georgiou as co-winner of the 2012 Robin Becker Chapbook Prize. He has received fellowships and scholarships from the Bread Loaf Writers Conference, the Stadler Center for poetry at Bucknell, and the Kenyon Review Writers Conference. His work has appeared in numerous journals, including Pleiades, Boston Review, Kenyon Review, and Indiana Review. He teaches in the University Writing Program at the University of Denver.

Here’s how I opened class this morning, the first time I met with students following Tuesday’s election. During our conversation, one student came out to the class as bisexual, another came out as a Trump supporter. Nine of my students were crying as I read this, and I (of course) was crying, too. It’s long, but as honest as I can be right now. We talked for a full 45 minutes, and all of us hugged at the end: the Trump supporter hugged the bisexual. My lesson is vulnerability and listening, so please nobody beat me up just yet. And, again, it’s long.

Let’s put away our laptops and phones, and also our poetry for now, and try to talk.

I’ve written some opening comments here, mostly because I’m nervous, and I’m going to read from them mostly to stay on point. I’m going to try to do this without crying, although I can’t promise you that. Crying might be the right thing to do. I’m not sure. I’m not sure about a lot of things today, how I feel or what I should say or if what I’ve said so far is fair or good, and I’m very nervous doing this, but here we go.

One of my jobs as your instructor, in addition to teaching you about poetry, is to provide a space where students, you, can share your feelings safely and express yourselves freely, and receive our respect in return.

I don’t know if you’ve been able to talk much since Tuesday, in other classes or just with friends, but a colleague of mine, a smart man and very dear friend in PoliSci, shared with me via Facebook that two of his students came to him yesterday, feeling unsafe on campus. And other faculty, I know, have already held these conversations. It’s not just our pedagogical duty. For many of us, it’s our moral duty, too.

But let me tell you honestly, we don’t know how to do it. We’re unsure. We’re nervous and confused, too. We’re afraid of offending people or making you feel uncomfortable. So I want to apologize now if this doesn’t go well. Who knows: our conversation might be over in thirty seconds or last the entire two hours. I don’t care: this is more important than whatever was on our schedule today. So, if you didn’t do today’s readings, you might be in luck. All I’m offering you this morning is that space: a civil space, a safe space, maybe a vulnerable one, to share with everyone here how you’re feeling, which I can’t predict right now. And I promise you, in return, to listen open-eared and openheartedly, as openly as I can.

So leaving the room this morning is not an option.

Part of being in academia, even if we don’t speak ourselves, means listening to those around us, fully and respectfully, even sometimes silently, and trying (if we can) to learn from those around us, sometimes learning precisely from those whose views differ, vastly or a little, from our own. Perhaps even modifying our views, vastly or a little, based upon what they’ve shared.

So, I repeat: leaving is not an option today, and sharing is not a requirement, but listening carefully to each other is.

I want to say the following, too, and reach out to students specifically here who may have supported or voted for Trump.

Based on the data available to us, people your age tend to vote Democrat and hold fairly liberal viewpoints. If I were a Trump supporter here this morning, on this campus, in this town, in one of the few States that voted ‘blue’ Tuesday, in a class about poetry, where we’ve focused mostly on poets of color, in a class taught by a gay man who has a Jewish lover, I’d feel fairly vulnerable this morning and at-odds with the people around me. I’d likely feel like my voice, too, was at risk of not being heard. I’d likely be one of those who would rather not share. Let me tell you a bit about me before we begin.

I grew up in small town Texas, mostly among working-class people, almost all of them white, some of them farmers, many of them (including my mother) small-town business owners. Almost everyone in my hometown was affiliated with a Christian congregation, mostly Baptist, others Presbyterian or Methodist, and a few, like my family, Catholic. My father is a Deacon in the Catholic Church, and my mother is the director of Marriage Ministries in the Catholic Diocese. They still live there in that small town where I was raised, where I marched for Reagan and carried anti-abortion signs in public and was raised essentially Republican.

When I left for Tulane after high school, in New Orleans, one of the few high schoolers to leave the state for college, I felt overwhelmed, out of place, and deeply silenced. Here I was, a Catholic from a small farming town in Texas, whose knowledge of poetry consisted of Emerson and Shel Silverstein and e.e. cummings (I loved “Walden Pond,” too, as all rebellious kids do, even though it’s not a poem), and there I was, suddenly meeting Jews, most from New York and New England, and black students and Korean students and Muslim students and a dear Turkish friend who’s since passed away and homosexuals and people whose views and upbringings differed drastically from my own. The most Left thing about me at the time, in fact, was that I was closeted, which I railed against internally for years. So I carried to Tulane my parents’ values. Carried them right into the classroom when I could. And sometimes bickered. But mostly, I felt silenced.

I don’t want you, if you’re secretly in favor of Trump especially, to feel silenced today. I’ve been in your position, and your feelings I believe are real right now and not, I hope, based on hate. They might be based on fear, and some of mine are, too. And I’m here to listen to you. I’ve put some things on Facebook that I’ve regretted these past days, some things while drinking wine, in the hours immediately following Trump’s election. Things posted out of terror and fear. Things posted out of earnest grief. Things while watching Neal cry inconsolably and feeling at a loss to help him. I even posted on Facebook, cruelly, “Enjoy your cheap dental work, fuckers,” which my brother tells me this morning wasn’t good. And I’ve got friendships to repair. I’ve got friends to learn from. And I’ve got voices to listen to beyond my own.

I hope I can listen to you this morning. Nothing you’re feeling is un-welcome here today. We might cry. We might feel angry. We might disagree. But I won’t allow anyone to be silenced or challenged today. Let’s share, those who want to share. And let’s not talk back for today.

I can’t predict what will happen. The poetry – the poetry, ugh, when here I know more about Keats than I do about NAFTA and feel (as James Wright once wrote) that I’ve wasted my life – the poetry will come. But right now, let us please share. Or simply sit and listen.”