Notes on Culture and Craft, part 1 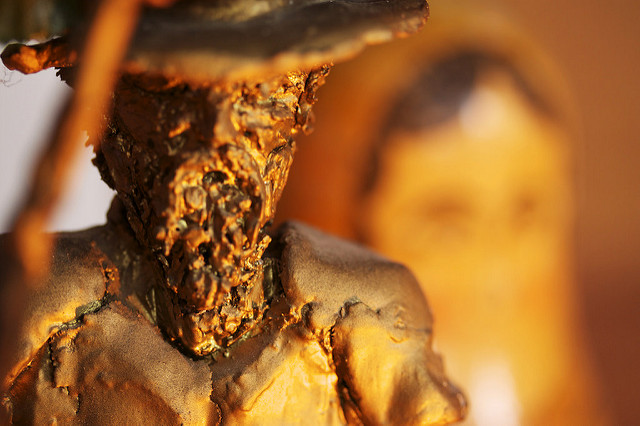 I’ve written here before about culture and craft, but have been thinking about the ways genres are classified. I just took my comprehensive exams, and a large part of the fiction exam revolved around genres. Some thoughts below, in part one of something new.

As always, if you’re interested in contributing a guest post, please write to me at m [dot] salesses [at gmail etc].

1. In The Art of the Novel, Milan Kundera says the European novel is about “being-in-the-world,” which he borrows from Heidegger.

2. Theorist Lisa Lowe, in her book Immigrant Acts, argues that the development of the Western literary realist novel, especially the buildungsroman, has been toward a novel where “the telos of which is the reconciliation of the individual with the social order.” The growth of the protagonist is a growth that allows him to be a social being.

3. They’re both interested in a way of presenting a character’s or characters’ position in society that is not the typical kind of “psychological realism.”

4. Here’s where genre enters the picture, perhaps. Because neither Kundera nor Lowe are interested in novels that might end up on romance or crime or high fantasy bestseller lists. They’re interested in books that are “literary” but are often called something like “experimental” or “autobiographical” or “satire” or “ethnic” or “political.”

5. For my Ph.D. exam in fiction, we had to classify books as “realism,” “experimental,” “satirical,” and “fantastical.”

6. Lowe calls the novel a “cultural institution” that “regulates formations of citizenship and the nation, genders the domains of ‘public’ and ‘private’ activities, prescribes the spatialization of race relations, and, most of all, determines possible contours and terrains for the narration of ‘history’.”

7. Kundera offers a different way of thinking about generic distinctions (though still probably within what many people would call “literary fiction”). He suggests in The Art of the Novel something fairly fascinating about the way classification works on a cultural level. What he says is that the psychological realist novel stands at odds with books where the world’s “naked” force becomes the organizing force of action in a novel. In other words, he makes a distinction between books that are organized by a plot driven by internal causation (character motivations) and books that are organized by an external principle. This is not, he thinks, about whether something is “real” or not, since he believes a novel presents a possibility, not a replica, of the world. He puts his own books in the latter externally organized category, or somewhere between, and claims that it is actually the “two hundred years of psychological realism” that makes us think of Kafka as NOT realist. After all, he says, Kafka’s reality came true in the Czech Republic.

8. This is a claim about cultural craft. Or it’s a claim that culture forms the way we think about what craft is rather than how we use it.

9. Kundera wants to say that the reason we see the kind of coincidence that orders events in Don Quixote as fanciful or “ridiculous” and the reason we see the kind of system that orders events in The Trial as satirical or fantastic is not because they aren’t possible realities (we know how much coincidence plays into our lives, and we have seen totalitarian governments). Both books deal with one real way of “being-in-the-world,” or the conflict between the individual and social/political/natural forces. Kundera wants to say that we see these books as NOT realist because they are book sin which the world — coincidence or the system  — controls the action, rather than the individual.

10. We have come to think that the literary realist plot is one where the individual should move the action forward. But Kundera and Lowe would say that this is a cultural phenomenon, that we think of plot in this way. The Greek tragedians would agree. One of the things Aristotle criticized Greek tragedy for was its reliance on coincidence, because he was more interested in the philosophical project of the individual. But the tragedians were more interested in the interference of the gods (coincidence). Why then did Aristotle’s way go forward in Europe (and later America) and become “craft”?