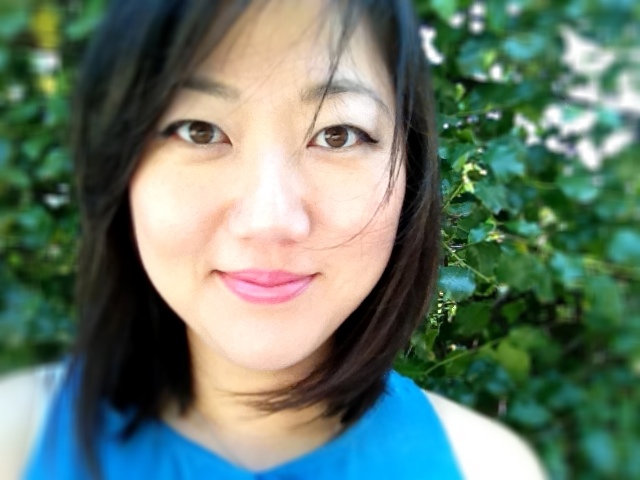 This is the latest in a series of guest posts on teaching creative writing. Christine Hyung-Oak Lee writes about her experience taking over a workshop that had a history of student conflict and navigating that conflict through the lends of the MFA vs. POC debate.

Christine Hyung-Oak Lee’s memoir, TELL ME EVERYTHING YOU DON’T REMEMBER is forthcoming from Ecco / Harper Collins in February 2017. Her work has appeared in Zyzzyva, Guernica, The New York Times, The Rumpus, and BuzzFeed, among other publications. She tweets @xtinehlee

A History of Strife

When teaching a graduate fiction MFA workshop one semester, I questioned the efficacy of MFA workshops, while I lived out in real time the MFA vs POC debate. The experience challenged me to examine the role of an effective workshop leader within the context of cultural conflict.

I inherited a small cohort with a history of strife. Evasion in such a small group was not a possibility—they would have to face each other in workshops semester after semester. Students and instructors alike informed me that the previous semester’s workshop had been a painful experience for everyone involved.

This was a very diverse cohort with the challenges thereof: cultural backgrounds that sometimes did not intersect, genre and YA and literary fiction and the disparities in between, gender identity across the spectrum, twentysomethings alongside fiftysomethings, and of course, the fragility of those who identified as heterosexual and white—including, it turns out, my own as a straight woman. Many actively despised each other. Others were cowed into silence.

I was briefed. So I thought I was prepared.

But it would have been obvious, anyway.

They sat with a tense stillness at our first class, as if readying themselves for corporal punishment, their psyches far out of reach from the classroom. Their small talk uneasy. Eye contact non-existent. Their body language stiff. And after the first workshop, one person heaved a sigh and said, “Well! Finally a workshop where no one cried!” Wow.

If you do not have a cohort that gets along, do you play therapist alongside instruction? How much responsibility does the workshop instructor shoulder for establishing community? And how much responsibility must the students take on? What are the exercises in workshop for such a cohort? How do you bring students together and do the work of teaching writing?

I announced that the workshop would be craft-focused. That the content was up to them and they better hit it out of the park.

I knew there’d been debate. Heated debate. Hurtful debate, even, about content. About who had the right and authority to write about what topic. At the heart of all the issues were race and identity and authority.

In theory, this workshop was simple. Take down racist thinking. Empower diverse discourse.

In practice, it was heartbreaking.

We talked about theme, structure, and character development among others. Still, there was the tone and the energy—skepticism, wariness, distrust of each other and the questions for the instructor, “How will you be able to heal us?”

Was that my job? Was that a part of their grade?

Should kindness and cultural sensitivity be a part of any student’s grade? In a workshop, I think yes. We have to write our critiques in a helpful and objective way to the writer of the workshopped piece. This is professional discipline. This is writing discipline. To separate ours own bias from our reading. And then we must take feedback and improve our own writing based on class feedback.

There were “issues.” One of the students who I will call “Deirdre” wrote a barbed racist critique about Korean families portrayed in a story. “Deirdre” wrote nothing of the sort for other stories, such that it was clear that this was a personal attack. In retaliation, two students were absent for Deirdre’s workshop. I had to meet with each of the parties involved, separately, reiterating my standards for class. Reiterating professional decorum. Reiterating the fact that I could not make a clear argument against racist writing when issues were clouded by passive aggressive retaliation. Deirdre said she has no idea she’d made offense—chalked it up to oversensitive reaction, put the onus on the other party. I said the onus was on her as a writer to suss out her message from her delivery—that this was being judged as part of her grade. I did my best to keep this private. To keep the class focused on craft. I was only there for one semester; we had a lot to get done in a short amount of time.

In parallel, we did the work in class. I asked them to write me letters about their priorities as writers and their concerns about the MFA workshop.

I extrapolated craft discussion from the workshopped pieces. I made them learn from each other; we talked about emotional authenticity and discussed it as a whole, and played with each other’s pieces and imagined what could be, with each. We discussed structure with one piece, modeling revision for their future stories.

The workshop was a success from an outside perspective. We executed discussion about craft. Learned tons. Evaded personal attacks (for the most part). I heard many of the students said they couldn’t feel any strife, and felt safe within workshop. They were relieved. The wary looks subsided, replaced by enthusiastic discussion. By the end of the semester, we were able to engage in deeply personal and emotional exercises, wherein we shared our personal experiences, disappointments, and how they related to what it is we write.

We ended the semester with a little more trust, having laid down the groundwork for several months. Toward the end of the semester, I asked the students to think about and then share the biggest pain in their lives and how they overcame it. We went around in a circle, sharing personal narratives in a way that would have impossible months earlier. The intimacy was palpable. There was trust.

As each student shared, we examined the intricacies of each anecdote, and how their writing revolved around the themes presented. How the core of their presented experience was the core theme of their writing. And to keep that in mind, go forward.

There was epiphany. There was a group exhale. There was tenderness. There was respect. Each student was thrown into three-dimensional relief, with not their writing but their selves on display.

But I was exhausted. Completely exhausted. The pneumonia I contracted halfway through the semester still lingered.

You can do everything right, you can help students learn, you can bring them into a safe place…and you can still feel depleted, and feel a deep sense of loss. I experienced exactly that—a pyrrhic victory, a hollowed outcome.

When it’s so personal, when you identify with the oppressed, it’s especially taxing. Did I completely want to side with some of the students? Yes. It took everything I had to be fair, while exerting change.

And yet, I too, was part of the machine.

In the MFA vs POC exchange, we the instructors are the MFA. And in this experience I too, learned about my fragility. I kept messing up the pronouns for one of the students who asked to be called they/their. My internal narrative was that I made this mistake out of habit. That they should understand from where I was coming and have patience for my floundering.

But I felt guilty and horrible for hurting the student’s feelings. And I felt anguish when their girlfriend called me out in class for making the mistake—her accusatory tone made me wilt, and I do not like wilting. So I called up my friend who also taught in the program for support.

“Christine,” she said, “it really hurts their feelings when you don’t get the pronouns right. They have been struggling with this their entire life. You are the one who needs to understand.”

I sat with myself for a few hours. Sorted out my vulnerability and sensitivity from the issue at hand. From the student’s experiences.

Then I texted my friend. “Okay. I think I understand white fragility now. Because I just experienced my own heterosexual fragility.”

It’s not about me. It’s about them. We model for the students. We make mistakes. They will, too. I apologized. I did not receive a reply. I did not expect one—what mattered most was change. We continued onward.

We cannot solve everything at once. But we can plant seeds to grow later. We have only a semester to address generations of history. We have a semester to build community. We have to, as instructors, take responsibility for the wellbeing of students—so to some extent we are therapists. We build safety. The MFA is where many students receive their first blueprint of writing community and craft discussion and decorum. A semester makes a difference.

For me, it felt like a lifetime of difference.