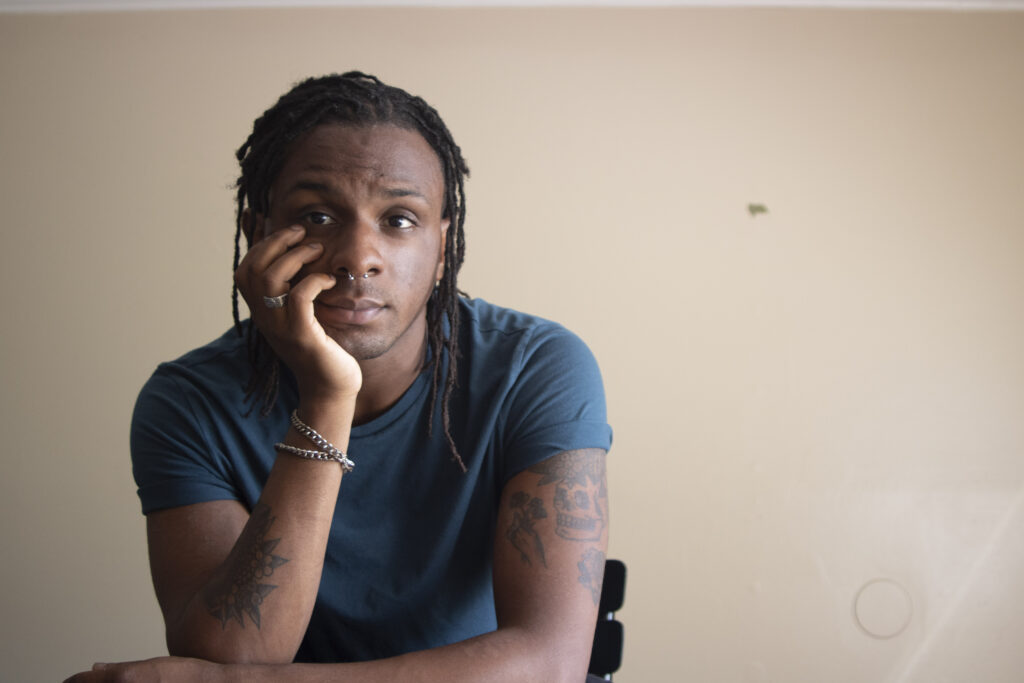 Steven W. Adams is a photographer and filmmaker currently living in Jacksonville Florida. He holds a B.S. from the University of North Florida. Photos of his have been published in The Huffington Post as well as Bloomberg Businessweek. He was a runner-up for The Lucie Foundations Emerging Artists Scholarship. You can keep up with his work via his website.

Day’Shawna Courtney: In 2021, The Adroit Journal received over twenty-five nominations for literary journal awards–Congratulations! According to the website’s nomination catalog, 2021 was the first year art received nominations, and out of the three nominated pieces, two were photography. As a photographer yourself, what are important factors in selecting photography for Adroit?

Steven W. Adams: Thank you! 2021 is the first year Best of the Net began accepting submissions for art and I’m very grateful they did so, as it allows a new outlet for visual artists to display their best work alongside some of the best works of literature published on the internet.

I seek the same qualities in a photo submission I seek in every other visual arts submission to the journal, which can be boiled down to a truly unique point of view of the world and a sense of urgency. Naturally, I’m drawn to work that shows the artist has a passion for their work and has dedicated time to learning its language.

DC: While reading through issues, personally, I always let the cover art speak first for the journal. How essential would you say art is to the overall theme of a book, magazine, or any outlet that combines both visual and literary art, and how does it affect the reader’s first impression?

SA: The cover is the first thing you see when you open a book and sets the tone for everything you will experience when consuming its contents; of course this is a cover’s primary purpose, but it’s also the last thing you see when you close a finished book, after which really good covers can take on a whole different meaning based on the journey the reader has been taken on. I’d say that cover art and the stories they represent are both essential to a deeper understanding of the other, they can both scratch different parts of the brain to create a reading and viewing experience that can feel much more complete by the end of it.

DC: When you became the Art Director at Adroit, what would you say your unique and personal perspective on art and photography brought to the journal? Can you talk about how your own artistic background led you to be interested in the position?

SA: I actually began as a contributor for Adroit. Speaking of cover art, I was the cover artist for Issue 22: August 2017. Not too shortly after that issue Adroit had begun circulating a job opening for a Social Media Manager, which I was interested in. In doing my research on the journal, however, I noticed that they also had no defined Arts Editor, so I emailed Peter LaBerge asking if an Arts Editor was something he felt the journal needed, and after some back and forth he decided to take me on. So about a year after being a contributor, Issue 26: August 2018 was published, which was my first issue as Arts & Photography Editor and we’ve been going ever since.

It was very much a goal of mine very early on to expand the arts portion of the magazine as well as its reach. In the literary world, accompanying visual art tends to take a back seat, which I do understand and respect, because writing is its own medium and visual art has its own magazines and publications very much dedicated exclusively to the visual medium. That being said, I always felt that Adroit had the potential to be a place where the literary and visual medium could very much be published in similar high regard and with similar social impact, and I do think we’re getting there.

DC: I noticed that some issues of the journal contain more art than others. How do you approach selecting a certain amount of art for each journal? Is there a vision for particular pieces that the journal wants to highlight, or is it purely based on the number of submissions? And as Art Editor, do you solicit any art or do you only publish art from submissions?

SA: I try to keep it quality over quantity, every issue I want to be able to say confidently that we’re publishing the best of what we’ve received free of the restraints of trying to reach a particular quota.

We publish primarily from submissions but every so often I’ll come across an artist whose work I feel is so urgent, masterful, and fits Adroit so well that I do formally ask them to submit. Solicited work for Adroit is very much in the minority but I think the few solicited artists we’ve published have been very valuable to bridging the gap between Adroit and the wide, diverse world of visual art.

DC: When it comes down to the final selection of the pieces, and choosing work to be a cover feature, how often and how important is it for you to collaborate with other editors on what pieces will be chosen? How will they represent the current issue to be published?

SA: All decisions regarding final selections are collaborative between me, Editor-in-Chief Peter LaBerge, and Executive Editor Heidi Seaborn, generally with me and Peter having final say. Referring to the opinions of my fellow editors has been an invaluable part of the process because it allows us all to be sure we’re making publishing decisions that truly fit and benefit the journal as a whole.

DC: Finally, I’d love to know a bit more about your own work! What projects are you currently working on, where can we find your work, and who are some of your artistic influences?

SA: I’ve been photographing for about eight years now, mainly going back and forth between photojournalism and portraiture. My early influences were the works of Gordon Parks in terms of photojournalism and Ren Hang in terms of portraiture. In recent years though I’ve been giving filmmaking a try and I’m currently in the last stages of post production on my first documentary film which will premiere at the University of North Florida’s Documentary Film Fest later on this year. You can stay updated on all my work via my website www.swesta.com and via my instagram @swestaxo.

Dayshawna Courtney is an English Literature student with a minor in Creative Writing who serves as the Art Editor and Fiction Editor for Arcade. The arts of creative writing, literature, fashion, and film are deep inspirations for Dayshawna as a creative. Dayshawna hopes to complete an M.A. in Digital Media Production and join an MFA program in Creative Writing.