This is the latest in a series of guest posts on teaching creative writing. Jackson Bliss emailed me in response to this series with his own workshop pedagogy. The more perspectives the better. Here he discusses his own workshop experience as a student and giving his students two options to choose from.

Jackson Bliss earned his MFA in fiction from the University of Notre Dame where he was the Fiction Fellow and the 2007 Sparks Prize Winner and his PhD in Literature and Creative Writing from USC where he worked with TC Boyle, Aimee Bender, and Viet Thanh Nguyen as a College Merit Award Fellow, FLAS fellow in Japanese, and two time ACE/Nikaido Fellow.  He was the 1st 2013 Runner-Up for the Poets & Writer’s California Exchange Award in fiction.  His short stories and essays have appeared or are forthcoming in Tin House, Antioch Review, Kenyon Review, Fiction, Santa Monica Review, Boston Review, Quarterly West, ZYZZYVA, Arts & Letters, Fiction International, Notre Dame Review, African American Review, Kartika Review, Quarter After Eight, Connecticut Review, Stand (UK), 3:am Magazine The Good Men Project, The Daily Dot, and the Huffington Post UK, among others.  He teaches at the University of California Irvine and CSUN. 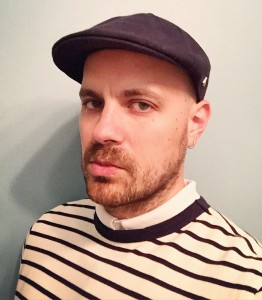 The Velocity of Flying Objects

I agonize over my own workshop pedagogy now that the mic is in my hand.  This agony comes partially from memory:  I remember the completely avoidable trauma I experienced in my own MFA program as a hapa fiction writer whose racial and cultural legibility was confusing at best and dismissed at worst.  I remember classmates routinely dismissing the characters of color in my own manuscripts for being unlikable, for being problematic, or simply not being white.  I also remember classmates routinely airbrushing my reality for their craft:  my characters were too political or too into hip-hop to be Asian, they were too intellectual or too childish to be black, they were too sexual or too smartass to be Indian.  It’s precisely because I remember every negative space I crawled into during my MFA years that I now agonize about teaching creative writing.  I’ve learned that my trauma is a foundational aspect of my pedagogy whether I like it or not, which is why I teach my students to be strong enough to face the sharpest criticism but also to take risks in their own writing.  I ask them to take ownership every time they construct the other on the page but also to feel safe translating their own racial, gender, sexual, and cultural narratives into flying objects.  This balance is fucking hard.  In fact, I think it’s often impossible.  But I aspire to do these things because they’re important enough to try (and fail often).

I give my students two modified paradigms for workshop:  they can either sit back and take notes about their manuscript like ambassadors jotting down key figures (the Iowa model), or they can lead workshop by asking the questions, either posing all the questions in the beginning or by spacing out workshop question by question (the Mediator model).  My students are more comfortable with the Iowa model because it’s the diablo they know but it’s not clear this model serves their interests at all because most of their big questions, the ones they don’t even realize they have about their own manuscripts, are almost never answered.  In fact, many students are terrified at the prospect of leading their own workshop.  It’s like asking them to handpick their own assassins.

On the other hand, when students are given enough time to prepare a bunch of their own questions, some of them thrive in that format but many wilt because it requires a lot of self-awareness, honesty, and preparation as a writer, and so much of workshop is fronting your own awareness, honesty, and preparation until you’ve actually learned through trial and error the shit you were fronting.  I modify the power structure of the Iowa model by following a trick I learned from TC Boyle’s workshop.  I make my students print out their critiques and then I read three of them for each manuscript in class.  This way, my students are still leading the discussion even if they don’t say anything, including the introverts (who often write some of the best critiques).  In both paradigms, workshop ends by students reading their favorite lines in rapid succession for each manuscript.  Sometimes, I ask students to do a circle of love where each student praises one aspect of the manuscript without repeating the same comment.  The last student in that circle is always fucked, of course, but it’s a struggle over generosity and acknowledgment, so I don’t worry too much.

Recently, I’ve been struggling on how to balance my presence and absence in workshop, when to mediate and when to allow my own students to work out their own issues in class.  I’ve had workshops where faculty members stayed mum until the very end, which felt a lot like a parent watching and then giving pointers to the neighborhood kids as they sank into quicksand and then screamed for their parents.  I can even recall workshops where faculty needed to intervene, where their presence was not only useful but crucial in terms of interrogating racial or gender bias in student critiques, reifying space for writers of color and other non-hegemonic writers, and shutting down character assassination, garden variety misogyny, unconscious racism, and useless (and often wrong) writer psychoanalysis.  For me, if a workshop leader isn’t going to participate in the workshop until the end (or at all), why are they even there?  To speak once everyone is too exhausted to listen?  I don’t see the point of that.  On the other hand, like many writers I know, my personality is large, my opinions are stacked and developed, and I can take over a class discussion in a matter of seconds.  I have sometimes occupied my own workshops without meaning to.  Seeking the right balance of mediation and intervention is imperative.

The one thing I’m absolutely certain about when it comes to workshop pedagogy is that my workshop isn’t mine, it isn’t for me, and it’s not something I create.  I’m not the center of workshop and I shouldn’t be its primary beneficiary either.  Workshop, for me, is a temporary community of artists at different stages of fluency trying to improve their technique and harness their own sensitivities to craft, language, characterization, narrative, culture, identity, and race, among other things.  All I do is facilitate, ask questions, and drop shit on their laps.  Sometimes, I push students to go deeper into their own answers. Sometimes, I question their assumptions or I drop mini-lectures on craft in a sea of mediation.  Sometimes, I ask questions that cannot be answered but are still useful heuristically.  And sometimes, I scratch the record and make everyone stop what they’re doing when the workshop stumbles upon an inevitable crisis that requires our full attention:  a sexist caricature, for example, a racial, sexual, or gender stereotype, a simplistic or one-dimensional construction, an inadvertent slur, or a moment of moral of political didacticism.  I want my students to become more aware of their writing tendencies and blind spots, whatever they may be.  I want them to improve as writers but I also want them to develop, and protect, their own humanity along the way.