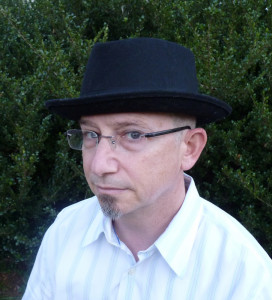 Jonathan Franzen is America’s worst good writer. His latest novel, Purity, is really pretty bad—a dyspeptic, lumbering, over-determined, exhaustingly derivative picaresque and/or Bildungsroman—and not much better than Freedom, his previous cart pulled by too many horses. Fraught with conspiracies beyond belief, the semi-real interior lives of half-interesting characters, magnificent bouts of self-loathing and neuroses, and cutesie plot ploys, the latest novel goes nowhere; or, more precisely, it goes so many places it’s nowhere. Think San Francisco, Amarillo, Santa Cruz de la Sierra, East Germany, Philadelphia, Denver… and try to imagine how characters would get there. (Right. Me neither.) Which is all to say that Purity is a typical Franzen novel, and like The Corrections and Freedom, his other major works, a book I couldn’t put down and was heartbroken to finish reading.

I mostly hate that Franzen can do this to me. Mostly, that is. I also love reading him, and I am astonished by the ways in which his public persona—professional lout, vainglorious King of the Land of Foot-in-Mouth, fanatic birder and obstreperous egomaniac—have made him such a pariah that he has become his admirers [sic], to borrow a phrase from Auden. Franzen deserves to be read ad hominem, and I wish I could. But I love his writing more than I hate him.

Consider Franzen’s stated ambitions to be our next Dickens, his screed that the “social realist novel” remains in need of rehabilitation, which means in his hands, and the fact that, golly whillikers, he even names the central character in Purity “Pip”: a more misguided attachment to a canonical writer could not be possible. Franzen suffers egregiously when read as an heir to Dickens; in such a lineage, Franzen makes himself a victim of a political and aesthetic tradition ill-suited to his aesthetics. Franzen not only isn’t our new Dickens, but he also isn’t even our new John Dos Passos. There’s too much Delillo in Franzen, with a soupçon of DFW and a dash of Pynchon: there’s too much erotic engagement in the layering of the sentence in Franzen’s writing to be Dickensian, too much dramatic irony, and too much paranoia in his relation to power to be anything but anarchic.

Here’s a sentence, randomly chosen, from Purity: “Taking leave of Phyllisha, her short-term memory aching like an unmilked cow, Leila moved her car out of the Sonic lot and parked it further down the street”. The simile’s so far beyond believable—sure, we’re in the third person, F.I.D. abounding, but at what level of consciousness could this simile possibly exist for Leila? I mostly see Franzen’s intelligence, ubiquitous here, imposing his formidable dyspepsia and anxiety upon the narrative. Not to mention his Id: somehow, Leila and the unmilked cow lead to the car at the fast food joint, the Sonic known for burgers and milkshakes (read: beef and milk), all the symbols fantastically conflated in the subtext by the writer. But the information’s loaded onto the sentence and nowhere in the character; it’s all Franzen here, awaiting a reader.

If I’m the reader, uh-oh: I’m revolted and skeptical. I’m horrified by Franzen’s association of an unmilked cow and a female character. I’m rubber-necking at the author’s perversity, feeling a bit of a neck ache myself, whiplashed by the dramatic irony. There’s no Dickens to be found at Franzen’s Sonic: there’s no sense of class, of caste, of manners, or of the embellishment of determinism called in Victorian mores “tragedy.” There’s no one trying to succeed. In this Franzen sentence, and in Purity more generally, there’s more Jack Gladney than Miss Havisham, more Oedipa Maas than Pip.

But I am also delighted, as I love me some Franzen perspicacity. He can’t help but see, even though his characters’s desires read as astigmatic, a distortion through which we are treated to the best bits of novelistic acuity. Here’s another random sentence, an offhand remark made by Tom about his mom: “She came home from the hospital without her self-deprecation”. Again, surely, we have Franzen loading up the sentence and its subtext. Nevertheless, there’s so much sympathy, relief, and forgiveness available in this little comment, I am moved. Not that I am moved to consider more deeply the tale of Tom, the character from whom the sentence ostensibly originates, but instead to a more personal notion of filial suffrage and clemency, Freud’s family romance. Franzen sees what I mean, I imagine, thinking about my own mom’s dying and my own mortality, as Milton writes in Sonnet 19, “When I consider how my light is spent….” Blind as Milton to the world, and so seeing too, Franzen remains a meticulous observer of human behavior.

Purity prospers from Franzen’s attempts to fix the problems with The Corrections and Freedom, problems that earlier proponents of his work occasionally misread as accomplishments. Here, he’s balancing the ledger more: there’s a more diffuse relationship to irritability, his characters more equally disliked, his spleen disbursed. Here, too, as others have noted, and not always happily, he’s working with a lighter sentence (to borrow that marvelous notion of Calvino’s, in Six Memos for the Next Millennium); Franzen’s tamping down of his style in Purity led Colm Toibin to note in the New York Times Book Review, “The book is written in a sort of deliberate non-style that is chatty, colloquial, informative, unshowy…. It can seem, in fact, as though there is a battle going on in the novel between the slackness of its style and the amount of sharp detail and careful noticing”. Without ham-handing the notion of accessibility and Franzen’s status as a Dickens wannabe—it’s a 563 page novel, un-filmable, in the age of the six-second Vine, so accessibility seems to me moot—I politely think that Toibin’s wrong. My sense is that Franzen has aged well into his sentences, which I agree have changed, and thus in a small way he has found less of a need to parade each facet of his brilliance. Sure, he’s still Franzen, but he’s also a better writer than he was fifteen years ago, when The Corrections arrived.

Here’s another randomly chosen example from Purity: “Samantha went on like this, a fountain of declarative sentences about herself, until the Ativan kicked in and Pip had to lie down”. There’s an ease to this sentence that suits its economy—nothing slack here, I’d say. Check out the ironic precision of the word “fountain,” the implication of Samantha’s verticality as a lead-in to Pip needing to be horizontal once the drug hits, another notion for the reader to contrast. Without losing his poise, Franzen engages the meta-fictive too, the monotonous vanity of the declarative sentence derided lightly in situ, Pip’s own compound, complex POV victorious by comparison. Yes, even though randomly chosen, the sentence above is short, and suits my argument that his style hasn’t gone slack. But even in longer sentences, Franzen displays his signature chops, the ability to rev the diction without doing damage to the clarity, and a sensual delight in the results.

Other critics have blasted Franzen as a public intellectual for his various offenses, and the best of these critics reviewing Purity, Urmila Seshagiri, writing in the Los Angeles Review of Books, has rightly noted: “In Purity’s calculus, men are predators, women prey, and rape an inevitable aspect of being.” Franzen’s attempts to conform to perceived political niceties seem to have led, in Purity, to a clocking of screen-time: the female characters narrate slightly more than the male. It’s perfunctory work bordering on condenscension, and does nothing to address the insidiousness of the writer’s fundamental misogyny.

But I have to admit a conflict of interest, and not because I’m a man, nor because I’m willing to overlook Franzen’s moral ineptitude. I have never met Franzen, and though I dislike him, too, his books matter to me, as a reader, and as someone trying to write a good book one day. There are a lot of writers I wouldn’t stand as people, whom I have never met (they’re dead, I’m a hermit), writers whose books matter to me. The writers I’ve met and don’t like, that’s different; they’re easier for me not to read. And I understand that we think we know people based on their social media presence, or their often scripted, if not vetted interviews, and as a result we like or dislike them—but really, what I think we know is their inabilities to manage their personae.

True, Franzen’s a different case, insofar as a conspicuous misogyny resides in his work, his Id less engaged by his Superego than I would prefer among friends: the ad hominem attacks seem legit, to me. He wants to be a public intellectual, and that means he’s asking for a certain amount of personal scrutiny. But there’s still this ability of his that’s worth admiring, and that will move me to read each of his books. Few contemporary writers working in English (Alice Munro, Philip Roth, Elizabeth Strout) observe so scrupulously and insightfully human behavior and the physical universe together, fewer still with the eloquence and erotic charge of this novelist. Damn Franzen.