Book Release: Among Other Things, by Robert Long Foreman 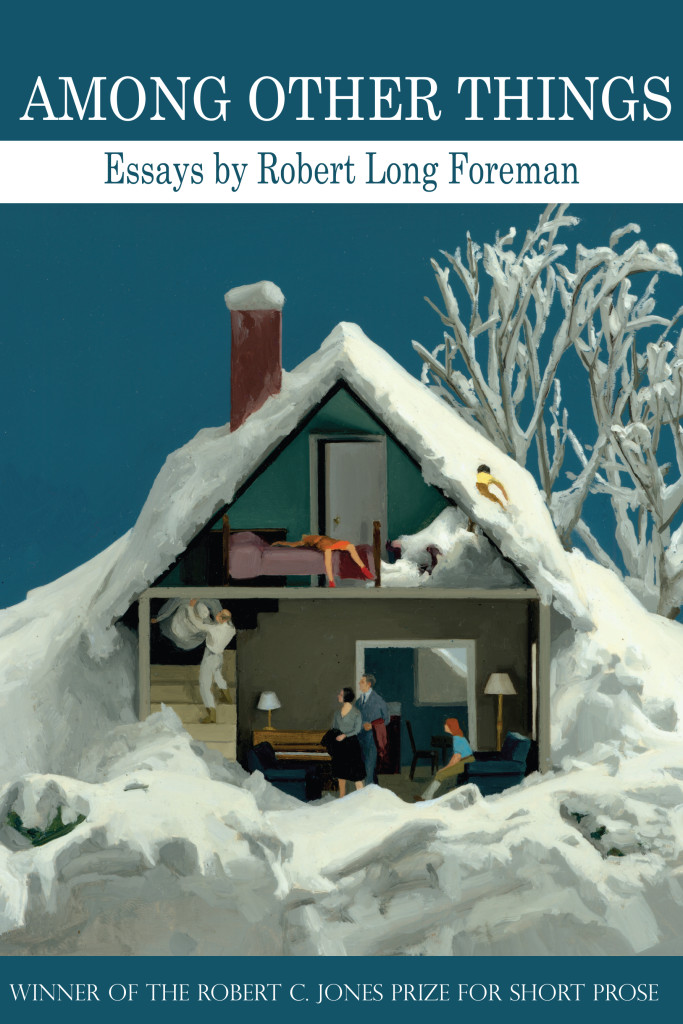 The latest book is out from Pleiades Press! It’s a collection of essays by Robert Long Foreman. Buy it here.

Praise for Among Other Things:

“This is a most strange and sensational collection of essays!  Robert Long Foreman writes a prose so deceptively clear that the reader has no idea of being led to the still water’s edge, where all is deepening mystery, the harder one looks.”

“Among Other Things is a delightful reminder of how satisfying it can be to watch a single mind roll over the folds of its own thinking. With neither flashy forms nor sensational confessions, the essays in this collection are beguiling, witty, and surprisingly surprising because they approach their subjects head-on and yet still manage to cast new angles of light onto what we thought we’d seen before.”

“This collection marks the thrilling debut of a writer who possesses that rare thing—an original and compelling voice. Through Rob Foreman’s lens, the ordinary world becomes delightfully odd and astonishing. Foreman is witty and intellectual, irreverent and curious, deeply honest and always surprising. He brings to life inanimate objects—a stick, laundry, boxes, a skillet, a jigsaw puzzle–so that we see them anew, so that we’ll never see them in the same way again, in a manner that reveals something profound about we who possess them. Only a writer of singular talent can illuminate aspects of our world as if we’re are seeing them for the first time, as Foreman does in this splendid book.”

Robert Long Foreman’s essays and short stories have appeared in Agni, Copper Nickel, The Cincinnati Review, and the Utne Reader, among other publications. He has won a Pushcart Prize and the hearts of his wife and daughters. He lives with them in Kansas City.