A Celebration of Franz Wright, Day 1 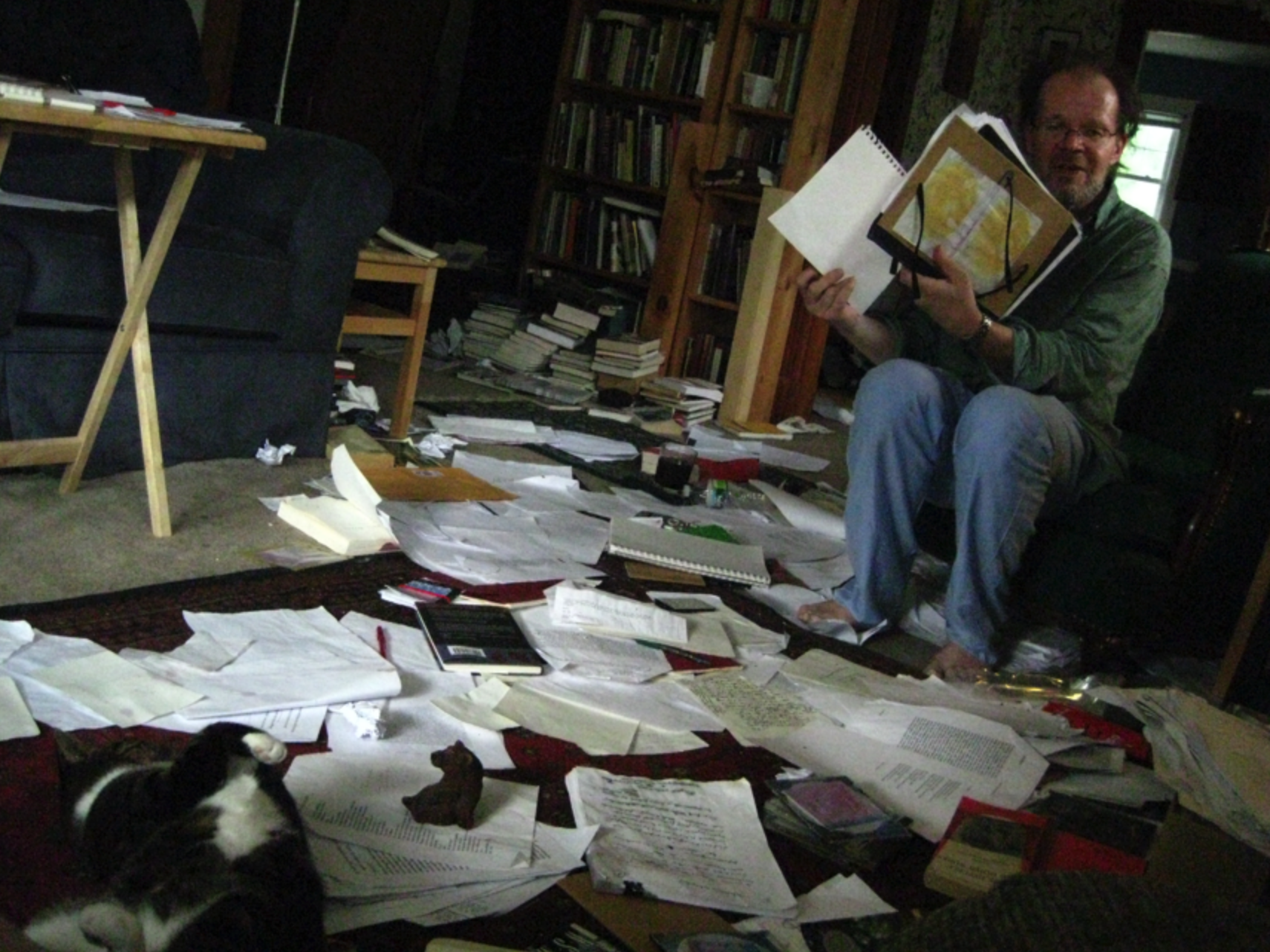 Yesterday was the second anniversary of the passing of Pulitzer Prize-winning poet Franz Wright. I’ve been working for the past eighteen months to assemble a portfolio of work on Wright, one that would include a range of voices (including Franz’s own) writing about and to and through his life and poems. That memorial will be printed in the Summer 2017 issue of Pleiades (which you can pre-order here), but this week I’m going to be posting selections online. There is so much extraordinary content in the portfolio, including five unpublished poems by Wright himself (!!!), as well as a rending essay by the translator Elizabeth Oehlkers Wright, Franz’s wife, who was indispensable in helping me assemble everything. Also included in the memorial are new poems and remembrances by Vijay Seshadri, Afaa Michael Weaver, Beth Bachmann, David Tomas Martinez, Gretchen Marquette, Ana Božičević, David Young, and many many more. Today, please find below two staggering, singular, never-before-published poems by Franz Wright himself (there are three more in the printed edition), followed by my quick Editor’s Note. – Kaveh Akbar

Summer lightning, soundless:
darkness you could read
by, darkness
bright
and brightness dark
above a warred-on city,
at this very instant
in the past, just beyond
the horizon. In Maine
at dawn the little girl
of an ancient love wakes me laughing
and takes me out hunting
wild strawberries under August
lightning; and after many years
some words of yours come back,
a forgotten happiness
turning to a shining
terror encircling me everywhere: right to time’s edge,
its ultimate ring
a white blindness, there
at its center the candle
of darkness you work by.
And how strange it is picturing you
setting those words down
when you have never read them
and never will. Lone sail
off Cape Ann, barely visible, lost, glimpsed
and lost in the wind-torn, lit-inwardly
black
sapphire and overcast waves. It is you
as a boy I think, one hundred years ago.
If I like to think so, why not?
You can’t hear me.
I can barely hear
my own mind in this wind, where
the girl’s voice is calling from far off, repeating
a name I can’t make out,
can’t be sure I am hearing at all.

Classroom of black crayons blindly scribbling nothing, nothing without end, identical name diamond-etched in the blue mirror of oxygen; glass branch conducting the world’s unheard requiem. Window window in the wall, what’s that crossing the sky without sound? Lone bomber with plenty of fuel but no country to land in. Now Commander-in-Chief is really scared, head in his hands, in his underground office, which is a replica of his aboveground office, precisely the same in every respect, down to the most minute detail, except for the putrid gray bucket and mop in one corner, the tall filing cabinet abandoned in another. Elbows planted on his knees, as best he can, the president sits there gigantically at his little wooden desk, a third grader’s in 1961, and stares at his remarkably shiny black shoes, which suddenly give the impression of being four or five times farther away than they ought to be, and again he is afraid, and this time it is much worse. The immense woods surrounding the summer camp have just grown, from one second to the next, impenetrably dark, and the last of the other boys’ parents came and left with them hours ago.

I didn’t want to write an intro to this memorial. I thought it important Franz’s be the first voice a reader encountered. His five new poems included here are extraordinary—incantatory, magisterial, impossibly charming even in their desolation. The first time I read them I became predictably emotional—like countless others, I’ve desperately missed his voice. Huge chunks of his later books seem written explicitly to steel his beloveds in his absence, but in these new pieces his voice comes across the actual beyond to speak to us of stillness and solitude and wild strawberries and so much more. I’m getting goosebumps now just typing about them.

I think Franz’s work and everyone else’s work here stands on its own, from his wife Elizabeth’s wrenching recollections of their long marriage to David Young’s stunningly earnest essay about his and Franz’s extraordinary relationship to all the other poems and prose written about or for or to or through Franz by people who loved him or loved his work.

So why then am I writing this? To say, briefly, that in the one month this memorial was open for submissions, I got hundreds upon hundreds of poems, essays, letters, and tributes sent to me to consider for the space. They came in from all over the world, from writers and non-writers alike. In almost every single submission I got, there was a story about a seminal interaction with Franz, virtual or in the real world. Dozens of people wrote to tell me about correspondences with Franz about poetry, about life, about addiction, about baseball. Even more wrote about quiet mentorships spanning months or years or decades, mentorships for which Franz never accepted a penny.

The theme throughout all these correspondences was this—for all his well-documented struggles living the life of a semi-public intellectual while simultaneously battling serious mental and physical illnesses, Franz devoted an astonishingly large percentage of his psychic and temporal resources to nurturing and encouraging young poets. He may have earned some infamy for burning bridges in the academic and literary spheres, but he was constantly erecting new ones privately, quietly, out of the spotlight, with young and unestablished writers who had nothing to offer him but their poems and their sincere gratitude.

It would be impossible for me to account for all these stories in this space, but it feels important to me that I at least make mention of their existence. The memorial aims to preserve the legacy of Franz’s life in poetry, and it’s become abundantly evident to me that a central part of that legacy is the substantial investment Franz made in the future of poetry. Any thorough consideration of his contribution to American letters must consider both his singular body of poetry and his lifelong practice of supporting poets. – KA