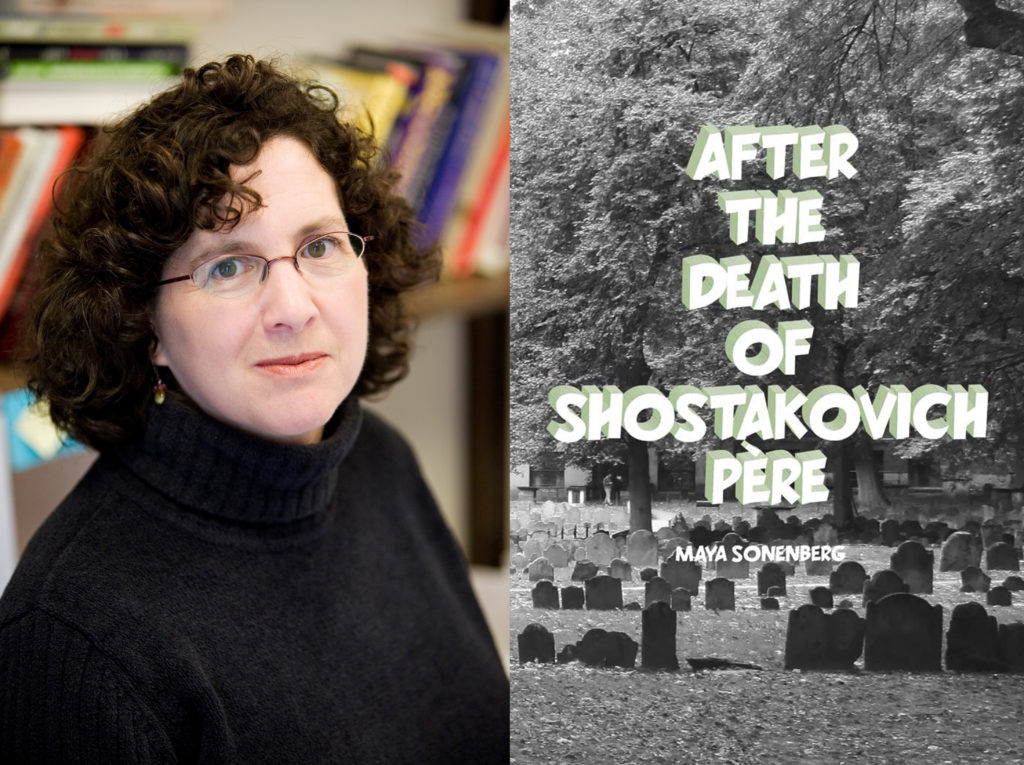 1) What is this book’s theme song?

Despite the name, it is not something by Shostakovich. It’s the second movement of Beethoven’s Seventh Symphony, the one that haunts and marches and waltzes all at once. The one that’ll make you weep and then not remember why you wept. Shostakovich does appear in the book; Sonenberg narrates that he wrote the “Suite for Two Pianos” shortly after his father died, when Shostakovich was 15, but he and his music are not as important as the book’s braided, shifting mood.

2) What snack should you have while reading this book?

Toast, spread unevenly with honey, wet with tears. The flavor is spoilt by the aroma of old library books. Borges and his libraries appear at length in the book, but additionally, the author’s father (whose death is explored both straight-on and sideways in the text) is a reader, an art-maker, fluent in high culture.

3) If you planted this book in the ground, what would grow?

A tree in the shape of a spiral staircase. Babies with the faces of old men would fruit the tree, as would books and, occasionally, doll-sized violins and pianos.

These paltry recollections—and all those things I told you earlier too—are they just scraps and ashes? What is remembered and what is forgotten? By whom and for how long? When I cut down, fold, and tape a pre-existing cardboard box into a package of any size, he guides me. Any box could become a smaller box in his hands. When I read many books at once, he reads over my shoulder. He reads over my daughter’s shoulder too, when she reads at the dinner table or while walking around the kitchen in a circle. We leave books everywhere: lying on counters, under beds, tented on tables, our pages marked with torn paper. His grandson whistles, sweetly and constantly. Sometimes I don’t know who I’m hearing.

Katharine Coldiron’s work has appeared in Ms., the Guardian, LARB, the Kenyon Review, and elsewhere. She lives in California and at kcoldiron.com.