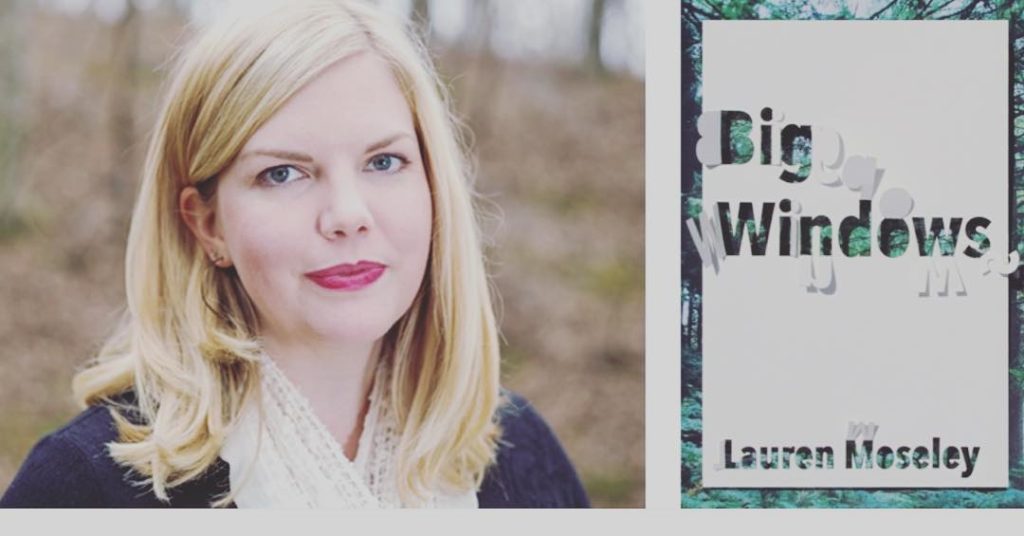 5) What snack should you have while reading this book?

A ripe, red, homegrown tomato. In “Summer,” Moseley’s speaker describes a toxic relationship with a volatile partner. The partner likens the speaker’s hair to a “wilting magnolia bloom,” curses and throws dishes when accidentally breaking an egg yolk while cooking, and vacillates from one mood to another: “Your moods made me want to shake you like an apple tree…” While the speaker and her partner shop for tomatoes, she is “afraid to say [she] wanted red,” so she accepts the “orange, yellow, green, purple” ones, describing the tomatoes as “mealy” when they ate them later. Reading “Summer” makes me want to eat a red tomato as a form of solidarity for this speaker, who eventually is free from the damaging relationship.

9)If this book were an animal, what animal would it be?

The creepy hyenas from “The Lion King” come to mind. Moseley mentions animals in several of this collection’s poems, many of them rather foreboding. In “Real,” the speaker describes her childhood friends being rodents, insects, and amphibians, rather than creating imaginary friends as many children do. “The black snake that brushed/ My skin as it fell…Black widows in the woodpile…Rats I chased through culverts…” These creatures inspire feelings of trepidation in the speaker, but she expresses exhilaration at “the fear that fills my body,” saying that she considers fear her friend.

11) If this book was in conversation with another work of writing, what would it be?

Moseley’s poem, “Marriage,” reminds me of Kahlil Gibran’s “On Marriage,” from his work The Prophet. Gibran writes, “…let there be spaces in your togetherness”; Moseley’s speaker in “Marriage” expresses her “…deepest fear:/ That one day I won’t be able to stand/ the sight of you, the sound of your voice./ …If we are to survive, we must be different people together…”. Moseley writes of both the “love and revulsion” that familiarity can bring, expressing that even in union with another, some separation is necessary.

Kate E. Schultz earned her MA from Ohio University, where she also served as Assistant Editor of New Ohio Review. Her poetry and nonfiction has appeared in Bayou Magazine, Midwestern Gothic, Critical Read, and others. She currently resides in Columbus, Ohio.