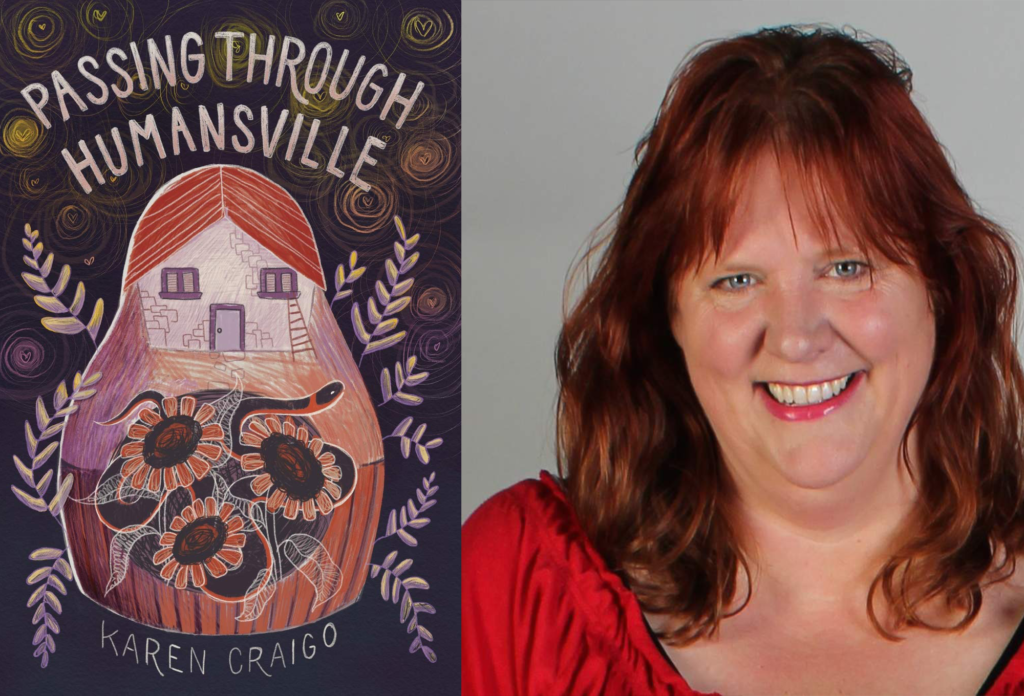 1)  If you planted this book in the ground, what would grow?

Every plant that grows from this book would turn into something else when you pull back from it a bit. When “two sunflowers wind/ toward their orbs” they’re also ovaries and fallopian tubes. “When she startles/she blossoms/ to flower” is from “God’s Wife” and isn’t about a flower or some coming of age narrative. It’s about a ring-neck snake. You have to watch this book. The seeds aren’t the shoots and the shoots aren’t the mature plants.

2) What book is this book’s frenemy?

This book’s frenemy would probably be Frank O’Hara’s Lunch Poems. They’d get along because of their conversational tone and quotidian observations, but they’d get into some tangles trying to decide what to do with their time and Lunch Poems might make fun of Passing through Humansville behind its back. LP would be like “hey, let’s go hang out in New York, go to a museum and then watch the traffic and busy sidewalks” and PtH would be like “Sorry, I can’t, I’ve gotta’ help my kid study for his spelling bee and then we’re building a blanket fort in the living room” and LP would be like “lame” and PtH would go “no, ‘we are fearless that way,/ as we send invisible smoke signals/ up into the boundless canopy, brave, so brave together.’”

3) What is this book’s theme song?

A clawhammer banjo Ave Maria, or maybe a heavy metal Simple Gifts. Throughout all of the poems there is a reverent spirituality, but it isn’t as self-serious as those kinds of poems sometimes are. We see this best in lines such as “I/ was a reporter in a / small town and the sun/ was my beat” from “Ten Sources of Light” and “There is no magic/ in a white moon, hanging over wheat stubble/ like a bulb” from “After the Blah Moon”.

Jennifer Schomburg Kanke, originally from Columbus, Ohio, lives in Tallahassee, Florida where she edits confidential documents for the government, which is not nearly as exciting as it sounds. Her work has appeared in Prairie Schooner, Nimrod, and Fugue. She serves as a reader for Emrys.